A Case Study on the New Workforce

We hear clients stating that younger employees don’t march to the same drum as older staff. While there is no question whether stark differences in the way younger generations approach work and business exist, the real question is whether or not they can still focus on company goals and be effective at accomplishing them. A manufacturing client of ours makes distribution equipment: conveyors and material handling equipment. They have boosted their workforce 35% since mid-2013. Their employee age mix is approximately 33% under 30 years of age, 25% 30-50 years of age and 42% over 50 years of age.

What Is the Problem?

All employees are given instruction in their specific job duties and the lead tech in each department is responsible for supervising the daily production. Most of the leads are over 40 years of age and have been with the company for more than 10 years. They work directly with each employee and tend to teach methods that have been used for years. Increasingly the new workers are leaving the company because they believe nobody values their ideas nor listens to them. The ‘my way or the highway’ philosophy once accepted (or endured) by previous generations is no longer tolerated by the new workforce.

What Is Management Doing About It?

The manufacturing company is based in California where the skilled labor market is tight and costs are high so the employee turnover had to be addressed quickly. In addition, the high turnover led to insufficient training of new employees that led to an increase of on the job injuries. We were asked to look at their cost structure and to help them determine how much this problem was costing them. We determined the replacement cost was approximately $26,000 (for every employee the company lost) and the injuries had increased their workers compensation insurance premiums by $255,000 per year.

What New Processes Were Adopted

As with all organizational change management, buy in from all levels is critically important. Our manufacturing client developed a theme for change based on improving safety for all employees. This theme was accepted because everyone could see how it benefited them directly. Under the safety theme, every Wednesday morning and night (two shifts) there was a safety update meeting for 30 minutes. Employees were told of the injury statistics and the new process steps to avoid those injuries. In addition employees were invited to voice their ideas to the safety manager through three methods: talking with the safety manager, talking with their supervisor or sending an email to the company suggestion inbox. The safety manager was tasked with following up on every idea with the suggestion maker.

Over the next six month period the injury rates dropped over 75% and the turnover rate dropped by 30%. More importantly the turnover rate for the under 30 crowd dropped by 53%. Older skilled workers were still being pirated away at higher pay by other companies in the tight job market but younger workers began to stay because they now felt that they had a “seat at the table” and were being heard.

Management learned that the company had to adapt to 21st century thinking on the shop floor. By adopting a common theme shared by all employees they were able to affect change quickly and modify communication channels. The pushback from older workers was minimized because it was in their interest to not be injured by actions of poorly trained employees. New processes opened up new communications channels and opened up the shop floor to new ideas.

For additional insights, questions, comments and help on this or any area of concern for your business contact Dave Johnson, C Squared Managing Partner, 303-417-6353. 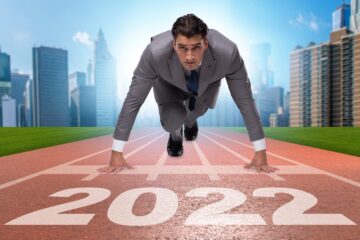 Are You Sprinting or Stumbling Into 2022?

Last September, October, and November, we published a series of blogs focused on preparing for 2022, providing several actions for thriving in the coming year. How well you prepared for the increasing uncertainty with alternate Read more… 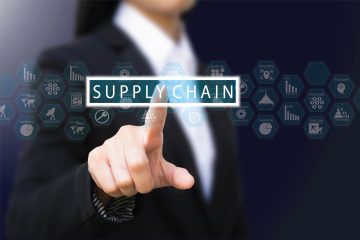 Building Resiliency into Your Supply Chain

Nearly everyone has experienced the inability to buy needed supplies, from consumers to multi-national corporations. Just-in-time, single-source supply chains have unraveled and now thinking is changing to just-in-case, multiple supply chains. Is this pandemic Read more…

Guidelines for Planning 2022: What to Expect of the Economy

As COVID vaccination rates increase, many organizations are beginning their 2022 planning. What to expect in the US economy next year is on many minds as the assumptions for the upcoming year raise considerable uncertainty. Read more…